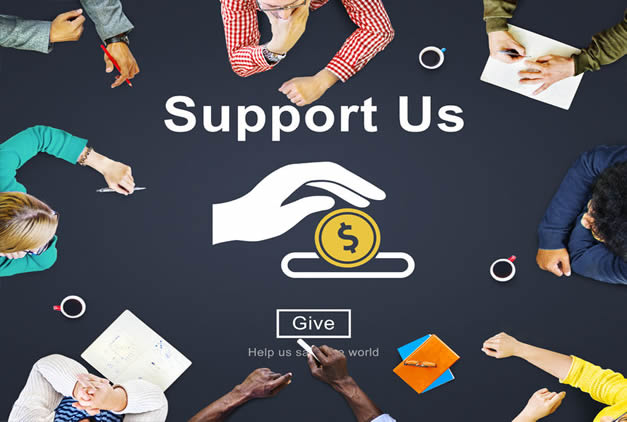 Today many women are heading non-profit organizations aimed at empowering woman across the world. Certainly, issues like lack of education, sex trafficking, and exploitation have been around for centuries but by educating people on the issues we can all help make the changes needed. All these things come through raising awareness and having the courage to implement change. The women in the following organizations are aiming to do just that.

These leaders are taking risks and innovating within their respective causes to bring new solutions to old problems. Under their leadership they are bringing significant changes, such as bring care and aid to women in war zones, fighting breast cancer and overcoming human trafficking. Driven by their desire to see change these seven organizations are fighting for results.

Since 1993, Women for Women International has helped over 462,000 women in countries affected by war and conflict. Providing support, tools and educating them to be self-sufficient and earn their own incomes. By educating women on their legal rights they are helping to make changes in many conflict areas where woman are the most at risk. Once enrolled in the program they receive a monthly stipend that allows them to participate.

Founded by 23-year-old Zainab Salbi, an Iraqi-American humanitarian, who under her leadership from 1993 to 2011 managed to distribute more than $118 million in aid and loans to women in eight conflict-ridden nations. Salbi has earned recognition for her work along the way, having been named Young Global Leader by the World Economic Forum(2007) and a Clinton Global initiative Leader (2010)

Founded as an empowerment platform to help women everywhere achieve their goals at home and in the workplace. Many women still struggle to get a proper education and tend to be undervalued and underpaid in the workplace. Worst of all, domestic violence is still an issue that must be addressed. Women Voice Network aims to promote awareness of human trafficking, domestic violence and child abuse through media and TV shows.

Their goal is to provide women everywhere with a visual and media platform that can inspire, inform entertain women to reach their own goals and full potential. Subscribe to the internet channel and get instant access. You Can Change a Life Today.

Founded by shaney Jo Darden, she aims to raise awareness of breast cancer through art. Through her efforts, the organization aims to provide young people with education and support on breast cancer.

They gather donations and spread awareness through traveling education booths at music festivals. The idea was developed after a close friend of Shaney had been diagnosed with breast cancer. Through working with other artists they developed a technique for capturing the female bust in plaster. The result was a white cast that is then customized by artists and used to spread awareness.

With its roots in the movement to secure the vote for women, The League of Women Voters aims to raise voter awareness and empower people to take a bigger part in politics. They seek to protect and expand voter rights through advocating for reforms and overcoming barriers to voter registration on election day.

The League also aims to improve the voting process by promoting transparency and providing citizens with all the required information and documents.

5. The Association of Women’s Rights in Development

The AWID in an international feminist organization committed to achieving gender equality and protects women’s rights. It provides comprehensive information to the public on women’s rights and global issues. Their current priority is resistance to religious fundamentalism which is endangering women in many Muslim countries.

Founded by Christy Turlington in 2010, Every Mother counts seeks to improve the health and well-being of girls and women everywhere through raising awareness of maternal mortality. Every year hundreds of thousands of women die in childbirth, 90% of which are preventable. Turlington recently realized a documentary to help spread awareness. No Woman No Cry shares the stories of real women from around the world who are at risk from pregnancy.

GEMS is the only organization in New York state with the specific aim of aiding young girls and women who have victims of abuse and human trafficking. Founded in 1998 by Rachel Lloyd in response to the huge need to provide aid for girls at risk of sexual trafficking.

They provide help through education and youth development as well as direct outreach to those trapped and looking for a way out.

These are just some of the organizations out there headed by women leaders who seek change in society. All of these problems are deeply ingrained in society but through their work and the support of donors, a difference can be made.

Why Corporations Should Support Non-Profits for Women

Women Voice Network is an organization dedicated to educate, inspire, encourage, and empower women. Our non-profit is a 501(c)3, creating programs, job training, workshops, and videos to bring awareness to domestic violence, human trafficking, bullying, missing children, and many other compelling issues. We are creating online Skills Training Programs to be able to continue educating and economically empower women.